Add Your Own Event – Manage Events You Have Posted

As a member of the C-Suite, an executive is expected to make big decisions, sometimes worth millions of dollars, on a near-daily basis. And at their right-hand for all of those decisions is their assistant, helping to make everything possible. Executive assistants are the linchpins of their organisations, ensuring that everything is done correctly and on time. And at the 7th Annual Global Executive Assistant Summit, you’ll learn how to become even more vital to your executive in those important decisions.

Come visit beautiful Barcelona to meet with like-minded assistants and grow your network as you learn how to make yourselves strategic business partners in your companies. Whether it’s getting experience with the latest technology, learning how to successfully negotiate a building a network of people who understand and can support you, this Summit has something for you.

Join us and meet new friends for an experience that will leave you inspired, informed and empowered!

CEO, International Speaker, Conference Chair, One of the world’s leading authorities on the administrative profession 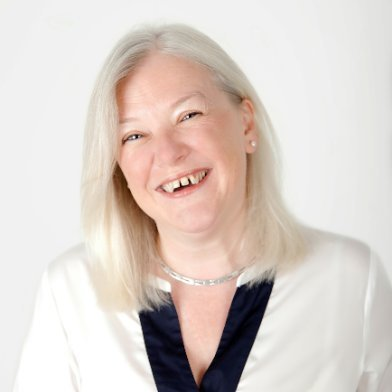 Lucy is one of the world’s leading authorities on the administrative profession.

Her passion is for the assistant role to be truly recognised as a career and not just a job. Her formidable training expertise and speaking style have given her opportunities to train, present and chair in over 45 countries at over 400 events, including chairing the 2015 World Administrator Summit in Papua New Guinea. This has created much needed discussions from encouraging executive assistants in Blue Chip companies to work towards becoming centres of excellence within their companies to explaining why college students should see the assistant role as proper profession with a career path.

Lucy has a unique overview of the role and where it is heading. With access to the most forward thinking, passionate and knowledgeable authorities on the role in the world as well as personally meeting and speaking to literally thousands of assistants over the last seven years, Lucy’s knowledge of the market and what assistants all over the world are facing on a day-to-day basis are second to none.

Lucy’s unique insight into the world of the executive assistants brings a distinct qual­ity and depth to her specialist development programmes. She continuously researches, develops and delivers to bring the most current, innovative and challenging development programmes to support assistants in rapidly changing business environments to meet the increasing skill sets required of senior assistants.

Lucy has been a publisher and events organiser for over 29 years. Lucy previously worked as a publishing director for Wilmington PLC, and has managed a team based in Singapore, New York, Germany and London responsible for 13 magazines, 12 international confer­ences, awards, trade show attendance and marketing for EMAP. Other companies worked for include: The Times, The Independent, Centaur Communications and Glass’s Guide.

Lucy has been a publisher and events organiser for over 29 years. Lucy previously worked as a publishing director for Wilmington PLC, and has managed a team based in Singapore, New York, Germany and London responsible for 13 magazines, 12 international confer- ences, awards, trade show attendance and marketing for EMAP. Other companies worked for include: The Times, The Independent, Centaur Communications and Glass’s Guide.

Chief of Staff to Princess Diana

Patrick Jephson is a consultant, journalist, broadcaster and New York Times bestselling author based in Washington D.C. His byline has appeared in every major UK newspaper and international titles as varied as TIME magazine, People, The Spectator, Paris Match, Frankfurter Allgemeine Zeitung and the National Catholic Reporter. He is a published authority on corporate and personal branding, addressing conferences worldwide as well as events at the US State Department, the American University and the Annenberg School for Communication and Journalism. He also writes, presents and advises on factual and drama programs, appearing on every major US network as well as international platforms. He is currently a technical consultant to the award-winning Netflix series The Crown.

He is founding partner in JephsonBeaman, a boutique communications consultancy specialising in international high-profile, sensitive and UHNW services. With more than 25 years’ experience in the government, luxury and family office sectors, Patrick’s portfolio has included globally-admired brands as well as national agencies and NGOs. He has also worked on reputation and legacy briefs with European, Middle Eastern and Asian families, including royalty.

Patrick owes much of his practical administrative and communications experience to Princess Diana, who chose him to be her equerry and only private secretary/chief of staff. He served the Princess for eight years (1988-96), responsible for every aspect of her public life, worldwide humanitarian initiatives and private organisation. Under relentless media scrutiny, his tenure covered the period of Princess Diana’s greatest popularity as well as the constitutional controversy of her separation from Prince Charles.

Patrick was born and raised in Ireland and holds a master’s degree in political science from Cambridge University. As an officer in the British Royal Navy, he served all over the world before being selected for royal duty. In March 2015, he became a naturalised citizen of the United States.