Trending
You are at:Home»Speakers»Donna Coulling 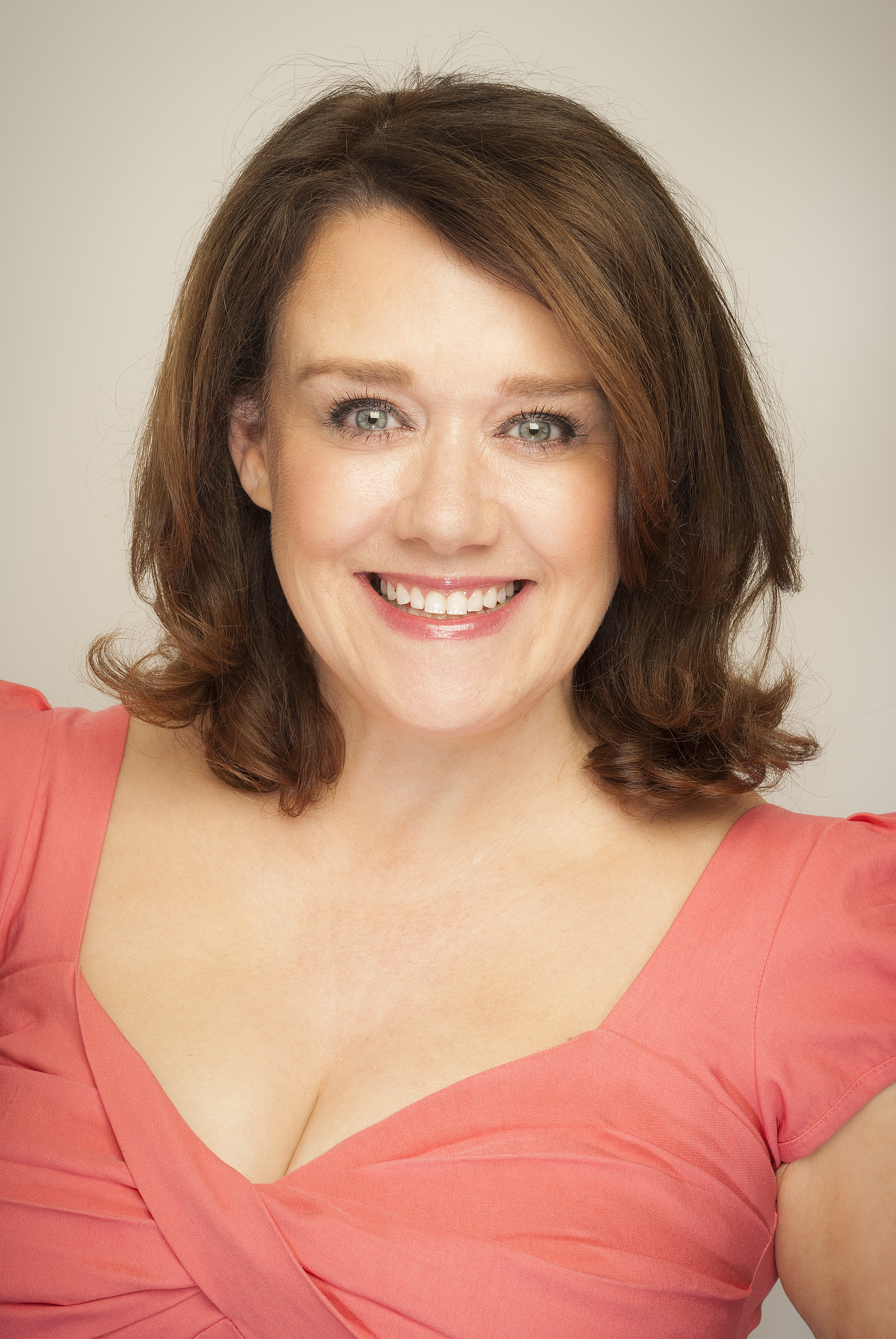 Donna is the personal assistant to the actors Helena Bonham Carter, Rachel Weisz, Sir Derek Jacobi, Samuel West and the artist Harland Miller, and been in this role for over seventeen years. She lives in North London with her twelve year old daughter.

She trained at the Italia Conti Academy of Theatre Arts, is known as an expert in her field and has made many television appearances as a Celebrity Personal Assistant including: ‘I’m with the Band’ for Channel 4 and ‘Pete Burns’ PA’ for Living TV.

As a TV Presenter in her own right she is regularly seen presenting several fashion brands on QVC and can currently be seen on several infomercials and commercials. In 2015 she also performed as a presenter in the hugely popular theatre production ‘You Me Bum Bum Train’ in London’s West End.

Donna is a very popular International keynote speaker, has presented at Conferences in America, Malaysia, Australia, New Zealand and frequently around the UK.

She has had features written on her and her work in various publications including: Cosmopolitan UK, Easy Living Magazine, Executive PA Magazine, Executary News, PA Life Magazine, the Mayfair Times, The Independent and Women’s Health and Fitness.

Donna has written a book ‘The Chamber of Celebrity PA Secrets’, which is available on Amazon.

Networking can be a bit like Marmite, you either love it or hate it. Some people seem able to command a room and others would prefer to blend in with the wallpaper. But ask any successful business person the one single skill that helped further their career, their answer… Networking. Donna will give you an insight into her networking fails and wins and how she manages to build her Little Black Book of contacts.

Donna Coulling has been the PA to five creatives including Helena Bonham Carter and Rachel Weisz for over seventeen years. Here she shares how she keeps the passion alive, why boredom is a killer and how she maintains being the best at her job that she can.

Corporate vs Celebrity/Private PA – what are the differences and similarities between us?

Can you think on your feet, put systems and options in place with back up plans, before your principal decides what they need, then invariably changes their mind at the end of it…?

Would you be happy to be HR, IT, household maintenance, housekeeper, nanny, dog walker, proof-reader, stylist, driver, and much more?

Donna explains how she got into this role, advises how you could find that dream job too, and not by knocking on a local celeb’s front door…!

4. Be indispensable by being IT and office savvy

Do you worry about not following your original career path, have you chopped and changed and are still wondering if there something better around the corner?

Life changes, priorities change, how do you make these fit with your work life? How are you dealing with your own self-care and stress management.

Are you still being challenged and getting the most from your position? Don’t wait for your annual review, sit down, take note and ask yourself do you actually know what you want from your role?

Donna talks about her own career diversions, roadblocks and challenges, and how she maintains the priorities in her own work/life integration. 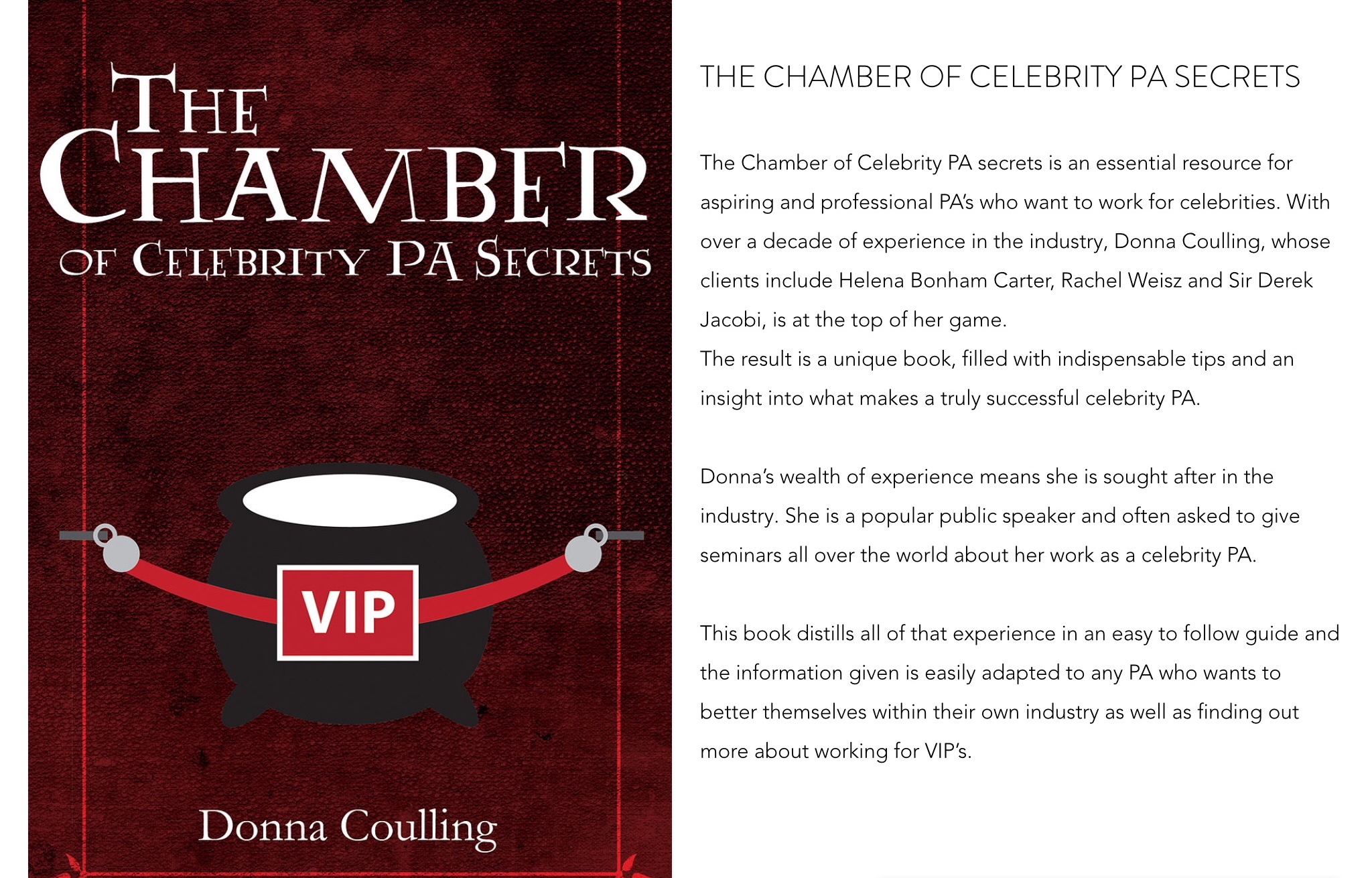 The Chamber of Celebrity PA Secrets

Booking Donna Coulling for your event is easy. Here is the information you need to know: