Trending
You are at:Home»Speakers»Steven Robinson

"Opportunities are everywhere, don’t be held back by phantom barriers!"

Steven Robinson was born and bred in the city of Leeds in the county of Yorkshire in the UK, with that true Yorkshire grit associated with the county. He is an amazing motivational speaker, using the experiences of his own journey to inspire people into achieving their goals and dreams by breaking down self-imposed barriers.

Steven is also a UK TV personality appearing on many TV shows, including “A Place In The Sun”, “Posh Pawn Brokers”, “ITN National News”, “BBC’s Look North”, “Sky’s Chrissy B Show”, Radio West Midlands, BBC radio Leeds, Vale Radio, The Jeremy Vine Show, presenter for “Made In Leeds” and also featured on Emmerdale, Houdini and Doyle, The Limehouse Golem (Bill Nighy) and most recently on BBC’s “The One Show.” seen by over 4 million viewers.

Steven is an award-winning keynote speaker, awarded “The Douglas Bader Memorial Trophy” 2016 for his outstanding contribution to disabled pilots. Voted for by the county of Yorkshire, UK, as the most inspiration individual of the year 2017 and recognised by the Crown and awarded The British Empire Medal (B.E.M.) by Her Majesty, The Queen.

What would you do if you lost your right arm at the age of 18? Would you give up all hope or would you fight on despite the difficulties that would certainly lie ahead? Not only did Steven fight on but he made an astounding positive change proving to everyone and himself that we are all capable of overcoming obstacles and that they can become your greatest asset.

The successes that followed have been largely created by Steven’s determination and incredible work ethic.His accomplishments have been truly remarkable, his life is full of positivity and as he says “Opportunities are everywhere, don’t be held back by phantom barriers!” 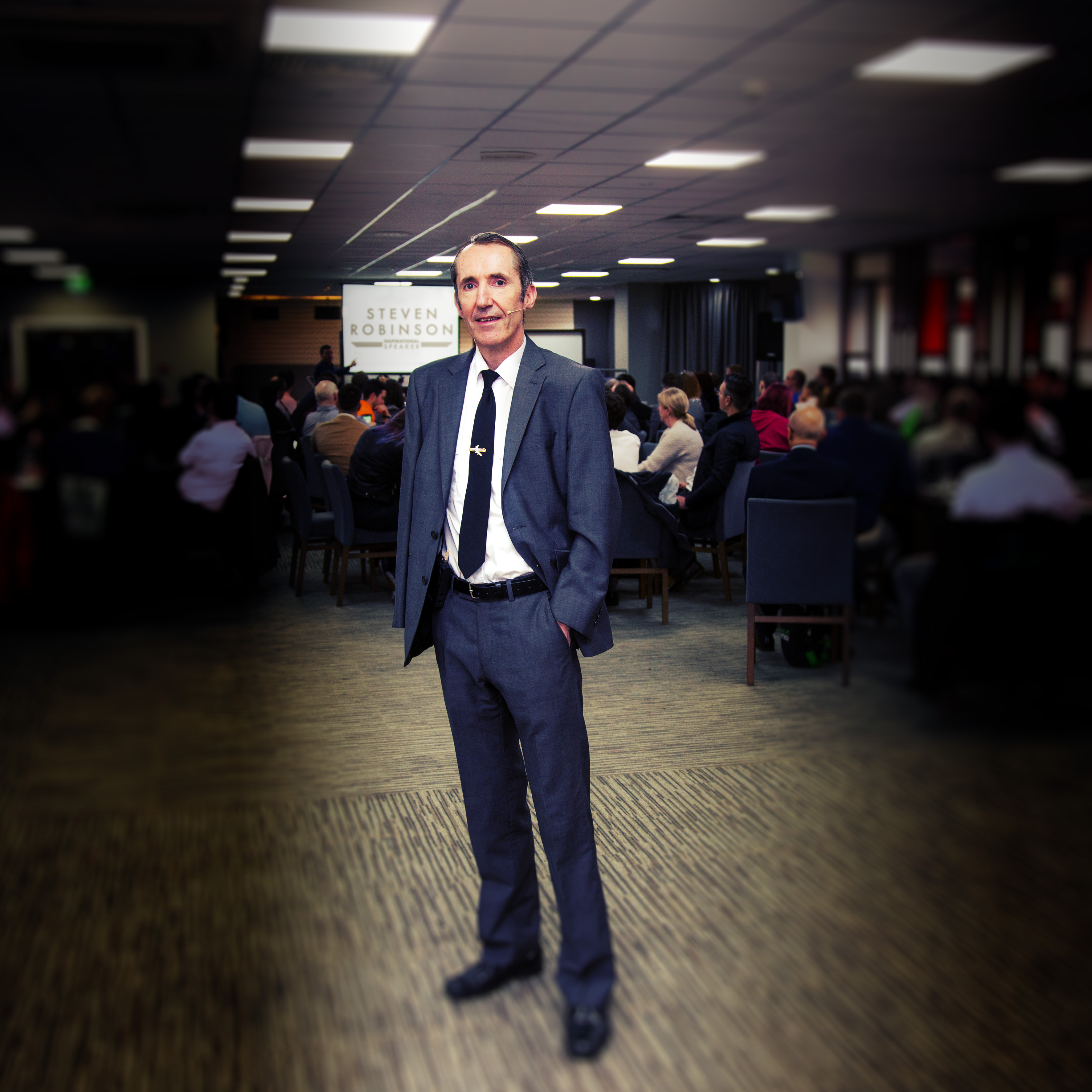 Booking Steven Robinson for your event is easy. Here is the information you need to know: