Trending
You are at:Home»Opinion»The Dolce Vita Strategy
By Vania Alessi on July 25, 2020 Opinion

It was a hot September day in 2017 when I had a phone call with a brilliant woman whose emotions and enthusiasm I remember perfectly. Daniela Masciale shared with me the details of a documentary she was working on entitled “Segretarie una vita per il cinema”. She told me the poetic and magical story of a former Assistant to Giuseppe Tornatore, a very famous Italian movie director. Daniela had the pleasure of meeting and hearing about many famous secretaries working in the movie industry, who were well known amongst industry insiders: they were called “the mythicals”. 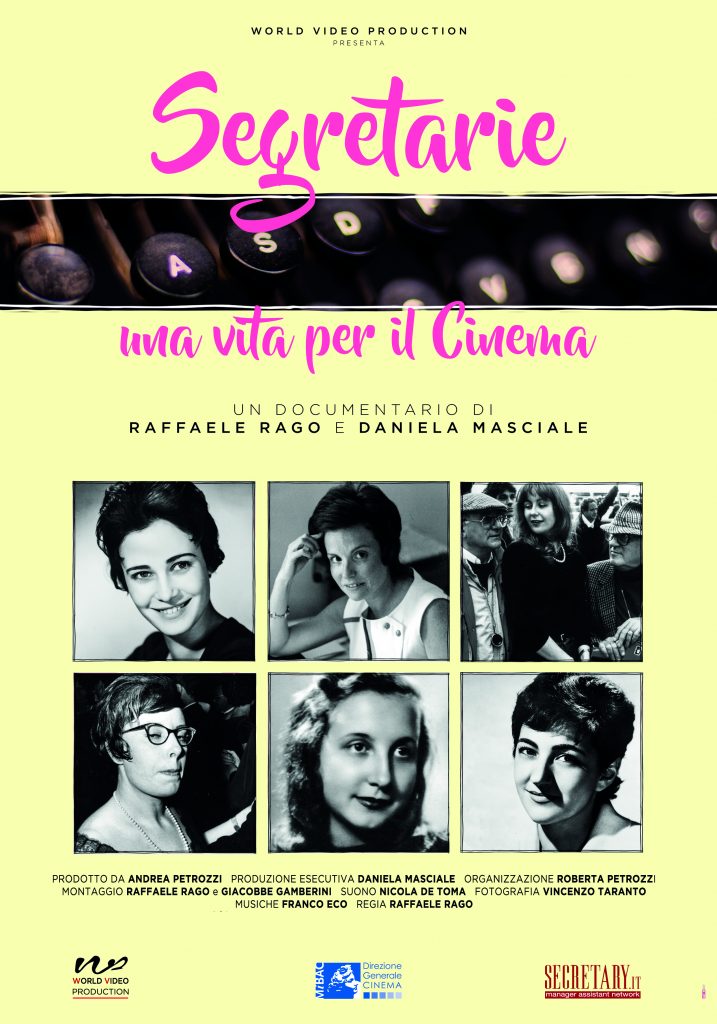 These secretaries contributed to the success of the most renowned Italian film producers and directors: the De Laurentis brothers, Dino and Luigi (who produced more than 150 movies and won several Oscars), Goffredo Lombardo (“The Leopard”, “Rocco and his brothers”), Franco Cristaldi and Federico Fellini (“La Dolce Vita”, “Amarcord”, “Otto e Mezzo”), who won an Academy Award for Best International Feature Film. 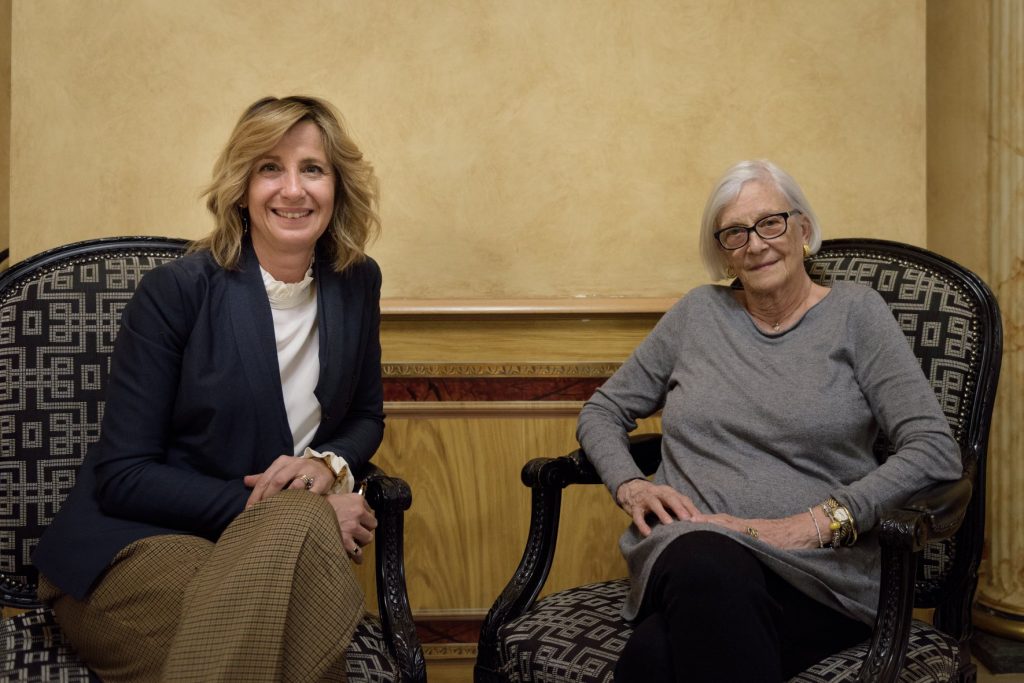 Vania Alessi was invited to the premiere of “Segretarie una vita per il cinema” in Milan, where she met Paola Quagliero, former Assistant to Franco Cristaldi

Federico Fellini had an extraordinary personal Assistant – Fiammetta Profili – who is one of the protagonists of Daniela’s documentary. Fellini was a rebellious artist and creative genius; he would make his Assistant play the role of an actress and he would often answer in her place, pretending to be the Assistant.

These six women take us back through their memories of the 1960s and the most glorious season of Italian cinema. With anecdotes, revelations, photographs and curiosities they give us an exclusive point of view:  that of the Assistant. After years under the shadows of their own great bosses, and with nostalgia, they remember the passion and commitment to their job. “A life in the shadow, but this shadow was the most beautiful place” said one of them. We are presented with exceptional portraits and stories of determined and far-from-subordinate women. Their documentary is now on TV. Their stories are also familiar today in our society: because they were “born to be Assistants”, they would manage schedules, solve problems and oversee their bosses’ lives with intuition, patience, and resilience.

2020 is a special year in which we celebrate the 60th anniversary of the release of Italian film director Federico Fellini’s masterpiece “La Dolce Vita”, starring Marcello Mastroianni and Anita Ekberg. (La Dolce Vita is “the sweet life” in English).

Italy is a hospitable country, made of warm and friendly people that tend to join in, sing, play and enjoy life; we are empathetic and creative and we have shown to the world – including  during this lockdown – our temperament and skills.

The COVID-19 pandemic saw us become one of the first countries affected, facing  a surreal situation which gave rise, together with pain and fear, to personal and professional losses, doubts, and operational difficulties. Nonetheless, the Italianism that is present in all of us, together with the “Dolce Vita strategy” has been helpful.

We reacted to fear, uncertainty and loneliness by singing, playing music from our balconies, organized flash mobs and fundraising to thank and support the health system (doctors, nurses, etc). We have appreciated our cultural richness, the historical and cultural beauty of our cities, our neighbors and nature.

If social distancing was a physical disease (we’ve been disciplined and good at it), loneliness has also brought us together in playful and creative activities that were healthy for our brain.

Humanity at the Centre of the Digital World

As a community of Assistants we did the same: we sang (and created a fundraising activity), collected reconditioned tablets and laptops for children who were removed from their families and parents who were hospitalized for COVID-19, we cooked, practiced yoga and mindfulness.

And we did lots of training and webinars (more than 60), getting to know each other better in the process.

Assistants never stop being a point of reference for companies and for their executives, with virtual meetings and calls, and keeping up their teams’ motivation. They have also been taking care of their houses, their family and children who left school on February 27th and will only go back on September 14th.

Passion, creativity and resilience has also awakened in us a strong Italian pride and passion.

How can you be a WOW person?

“The Dolce Vita strategy” was also the title of one of Secretary.it’s international webinars, with two exceptional Italian coaches: Loredana Meduri and Alessandro Spanu. This strategy taught us to be WOW: thinking and acting in a positive way with satisfaction and enthusiasm, being aware of what makes you special, precious and strong. Below are some tips to keep in mind:

We also played with raw spaghetti: if you press it between your fingers too hard it will break. But if you handle it gently, you can find that it is quite flexible.

People who are inflexible often find themselves frustrated because the rest of the world doesn’t live by their rules and expectations. Be conscious about the abilities you have honed during this period. These new abilities will help you face new challenges in the future and to embrace change.

The Torre di Pisa construction began in 1173 but was concluded two centuries later, in 1399, because of the issues linked to the instability of the ground upon which it had been built.  The building is made of limestone and is entirely covered with white marble and stands 56 metres tall and weighs around 14 tons.

Five years after works had begun, the first structural issues appeared, due to the instability of the soil underneath the building. Construction halted for the good part of a century. Throughout the following decades, many architects and engineers worked on stabilizing the tower, not always with successful results, often making things even worse. It was only thanks to the works carried out throughout the 1990s and early 2000s that the tower’s inclination was diminished and ultimately stopped.

And if it is true that the Italian lifestyle is also a successful strategy to increase empathy, relationships and creativity, it is also ture that Admins and “secretaries from the last century”, even in this difficult time of lockdown, have shown how much we can be WOW, activating all our incredible resources.

And finally, having discussed the Italian film industry, we would like to honour  “the maestro” Ennio Morricone, who passed away. An Italian Oscar-winning movie composer, orchestrator, conductor and trumpet player who composed over 500 scores for cinema and television, he said:

“I believe that when, in a hundred, two hundred years, we want to know what we were like, it’s in the movie music that we’ll find out ourselves”

Vania speaks four languages and graduated in Economics and Commerce. In 2001, after 13 years as a Project Management Assistant in which she managed numerous projects and events, she decided to make her own contribution and experience in Secretary.it. Vania loves dealing with communication and PR, studying projects and activities, always putting the needs of Manager Assistants at the center ... because they deserve it!